Scandal at Vauxhall by Layna Pimentel

Full of mystery, gambling, and a love story for the ages, this Regency romance is a wonderful addition to your historical romance library. Find out why scandal has never been sweeter, even when society dictates otherwise!

The love and happiness Isabel Salisbury expected in life when she accepted the proposal of the Marquess of Stoughton takes an unexpected turn, when he leaves on a mission for the war office. She is married off to the Duke of Brimley.

Nathaniel Thompson, the Marquess of Stoughton, is devastated to learn upon his return that Isabel has married the duke. When news of her husband’s death surfaces, Nathaniel sets out to make amends and will stop at nothing until she’s his marchioness.

But when London learns of a promiscuous tryst between them in the Daily, their credibility is at stake. They soon discover that nothing in life is simple, nor private, and all is fair in love and war.

Isabel Salisbury hopped up from her seat and faced her mother. “Elevating me? Are you mad? This arrangement only benefits you and Father! What is the rush? Surely, your situation can wait until Nathaniel returns?” She lifted her chin high, attempting to remain controlled, but lost all civility.

“Furthermore, I will not accept a proposal of any sort from any duke or such until I have spoken with Nathaniel!” I could never love another. How can they do this to me?

Interrupting the hostility, the ancient pendulum clock hanging behind her father struck eight bells, reminding her where she needed to be. Without asking for permission, she dashed from the room, wiping her eyes and not looking back. Her conniving parents thought that this—that they—would be over. Not if I can help it. She had to get answers and soon. The last thing she desired was to be pawned off to a duke who had no interest in her.

Isabel had heard in great detail of the Duke of Brimley’s conquests—from the infamous courtesan’s Madame Martine boasted of, to a mysterious affair with some Italian beauty, who was never seen, over a year ago. All of this and so much more had been revealed at Miss Turner’s garden tea party just a week prior.

While Cecily, Madeline, and several other ladies of the haute ton thought the rumors to be utterly scandalous, that didn’t stop them from letting their imagination run wild. Miss Turner went on to compare Brimley to the men written about in those French novels that her mother kept hidden.

What more could I ask for? Not only will I marry well, but I’m bound to be miserable with a man who thrives on living a life scandalously and shadowed by infidelity. I would much rather perish from consumption.

Hidden in the shadows of her parents’ maze of roses, Isabel raced against time. There she would meet Nathaniel, in what could be their last moments together for months. Despair over not seeing her beloved until he returned from the war office shook her to her core, tripping and stumbling her along the way. Her hopes and desires had been crushed. Emptiness swallowed her heart whole.

What if he never returns? How could he not tell me? She loved him dearly, yet anger simmered beneath the surface and insecurity washed over her.

“There you are, sweetling. I was beginning to think you weren’t coming.”

Isabel threw herself at him, desperately hoping her parents were wrong. “You’re leaving me?” she murmured into his overcoat. Please let it be a falsehood.

“Darling, let me explain, but first I have to ask you something.”

Her eyes widened with disbelief. She sniffled and stepped out of his hold, gazing into his beautiful and stoic blue eyes.

“I wanted to do this sooner, but…would you do me the honor of becoming my wife? I know that we cannot be married until I return. Nevertheless…”

Isabel smiled, tears rolling down her cheeks. She almost shrieked with glee, but given their clandestine meeting, her joy had to be contained. Please, please, please, don’t anyone find us right now. “I accept,” she blurted before wrapping her arms around his neck and pressing her lips to his. She allowed herself to languish in the slow tease of his tongue.

“Outstanding, sweetling. I’ll meet with your father in the morning, and we’ll begin the arrangements when I return in six months

“Nathaniel, that is too long! Are you sure you cannot return any sooner?”

She found herself enveloped firmly in his embrace, finally content, when he replied. “My dear, it could very well take longer. I assure you, I will do my utmost best to return to you in time.

Isabel beamed against his chest. “Very well, my darling. I cannot wait to share the news with Mother!”

Maybe now they’ll see how worthy you are. Now there shouldn’t be any reason why I must meet that wicked duke.

On a night like tonight, however, she was thankful for the lack of her husband’s presence. These types of occasions always put him in a sour mood. He’d wind up playing whist and lose. Then, he’d drink himself into a stupor, drag her away from whatever conversation she was having, take her home and bed her roughly, only to fall asleep before giving her any pleasure in return.

Pfft. What is pleasure anyway? Yet, while she didn’t have much experience in the ways of lovemaking, it was highly unlikely most marriage beds were like hers. Especially during these moments, she wished she had the courage to run.

Is married life supposed to be like this? Leaving me feeling filthy, unworthy, and so lonely? She hadn’t the slightest clue about what she’d ever done wrong, but the pang of regret over not standing up to her husband made her frailer with each passing day.

Distracting her from such sad thoughts, Lady Balfour approached, fanning herself with expediency. “My dear, have you heard? The Marquess of Stoughton has just arrived. My word, he hasn’t aged one bit, and he’s looking quite fit.”

Nathaniel! He’s alive. Isabel’s heart pounded in her chest as her gaze settled on him.

She hadn’t seen him since he’d told her he was leaving on business for the war office. Her pulse kicked up furiously to the point that she felt light-headed and breathless. He was still a sight for sore eyes. His dark hair and piercing blue gaze stood out in the crowd. The sheer breadth of his shoulders framed his muscular size. She watched as he stopped and spoke with other gentlemen, his back now facing her and Lady Balfour.

My God! He really is here. Would he even recognize me? Hardly. He’s probably here to fetch his mistress for the evening. Why would he even pay me any mind? Besides, she was a duchess, very much married, and obliged to keep up appearances.

“My, would you look at the size of his thighs,” Lady Coxley announced as she approached the ladies, garnering a few giggles from prying ears.

Isabel smirked, knowing all too well in what direction this conversation was headed.

“They are wonderfully built, but I’m sure some other lady has laid claim on the marquess.”

“You haven’t heard, have you, Isabel?”

“What haven’t I heard?” she asked. Her breath hitched and her pulse raced. What could I have missed?

“Come away with me to the terrace. I wish to speak to you in private. We can’t have half of London listening in.”

She followed Lady Coxley outdoors, leaving behind the sounds of merriment to be embraced by the shrouded darkness of night and silence.

“They say the marquess will not marry until he’s found her.”

“The one who broke his heart. But in all honesty, everyone knows it’s you. With any luck, perchance some horrible fate will happen upon Henry.”

If I were only so lucky. “You shouldn’t talk like that! And for the record, the marquess and I were done long ago. Remember, he’s the one who left me.”

“Isabel, you cannot expect me to believe that you haven’t thought about that man— at least once or ever—during the course of this sham of a marriage of yours. The haute ton in its entirety knows where he is right now. And you’d be a fool to think Henry gives two ninnies about your welfare.”

The sound of someone clearing their throat interrupted them.

“Excuse me, ladies, but I was wondering if perchance I could steal Her Grace for a dance.”

Good grief. Did he hear any of our discussion? I cannot believe he’s actually here.

Heat coursed through Isabel at the thought of holding him once again. She nodded and held out her gloved palm for him to take. “I’d be honored, My Lord.”

“The pleasure is all mine, Your Grace.”

Leaving behind Lady Coxley, she followed his lead inside for a waltz.

“It’s been too long, Isabel. I’ve missed you terribly,” he whispered as they took a turn about the dance floor. Nathaniel bowed and took her hand. His touch warmed her, and the gentle squeeze that followed reassured her that the flame they once had was still there.

She and Henry hadn’t danced since their wedding and even then, he quickly discarded her to dance with the Duchess of Downsbury. If she’d only known her dismissal that evening would be the first of many others. For the most part, her husband had two left feet, but Nathaniel whisked her away gracefully to the tune. She wished to kiss him again and remind herself of their time together. Good heavens, Isabel. You’re married. Enough of this foolishness!

Isabel felt him pulling her closer as his arm at the small of her back pushed her in. His head dipped down, and, naturally, she looked up at him, ignoring every stare and whisper as they moved together. She finally cringed and mustered the courage to ask him the one thing weighing heavily on her mind. “Why did you take so long? Why didn’t you come sooner? Nathaniel, there hasn’t been a day I haven’t thought of you.”

As the music wound down and the dancers departed, Isabel locked her eyes on his and felt a tear escape. “You’ve been missed greatly, My Lord.”

His thumb swiped away the drop. “My dear, there hasn’t been a day, hour, or dream you haven’t occupied.” 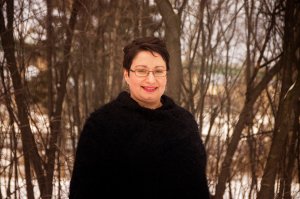 For updates on her upcoming releases, or to leave her a comment, you can find at: